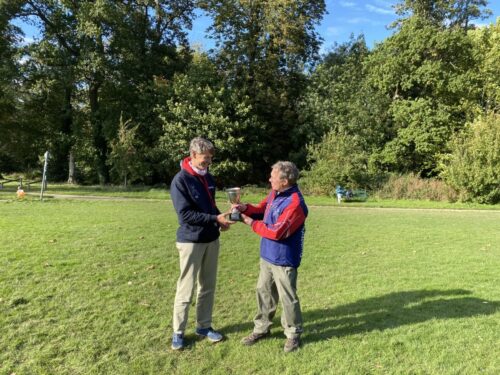 Tim Pugh who is one of GO's longest-serving members was presented with the Chairman's Trophy for 2021, for over 40 years service to British orienteering, during which (among other activities) he organised the 1988 JK, the 1994 British Champs, the 1999 World Champs and the 2005 World Cup.

Tim was presented with the Trophy after GO's Guildford City Race, which took place on a spectacularly sunny October day in 2021. The courses were planned by GO's top urban orienteer James Crawford. The Start and Finish were in Stoke Park and most of the courses took competitors right over to Guildford Castle.